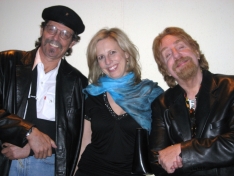 Tomorrow begins my favorite week of the year in Music City, a week that celebrates the songwriters who write the songs that are the sound tracks of our lives. For five nights, over 500 songwriters perform their hits and tell the stories and inspiration behind the songs. To hear a hit song sung by the writer or writers who scribbled out lyrics on a napkin, agonized into the wee hours over the perfect chord progression, or were blessed to have a song ‘write itself’ often elicits a kind of pure emotion that is sometimes lost one the song gets recorded by another artist. It’s a real gift to be able to hear the song, often just accompanied by a guitar or piano, in its raw, original form sung by the person who brought that song to life.  And it’s thanks to the Nashville Songwriter’s Association (NSAI) that we are given this gift and opportunity each year during Tin Pan South Songwriter’s Festival.

Personally I owe a great deal of my development and breadth of opportunities as a songwriter to NSAI. Before I had made the commitment to move to Nashville, I took a class in Manhattan where I was living at the time with one of my all time favorite songwriters, Hugh Prestwood (The Song Remembers When, Trisha Yearwood and Ghost in This House, Allison Krauss, among many others). Each week Hugh would bring in a song he was working on and show us how he had re-written certain lyrics, tweaked a few notes of the melody or transposed different chords to make the song stronger and ‘hookier,’ giving it the best possible chance of being recorded by an artist. It was incredible to get an inside glimpse into the writing and re-writing process of a hit songwriter. He also critiqued and helped me and others write and re-write one of our own songs for the duration of our class.

Hugh told me about NSAI and its programs such as song camps and Song Symposium, weekend or week long intensives led by hit writers to help aspiring songwriters with their craft. I participated in one of the camps during a visit to Nashville and fell in love with both the city and the songwriting community. In part due to Hugh’s mentoring, the guidance from my song camp teachers like Rick Beresford and Jim Reilley and my new found inspiration in Music City, I wrote a song that won the first NSAI/CMT song contest just months after moving to town. Winning that contest opened many doors for me and introduced me to many co-writing opportunities I would have never had otherwise.

One of those co-writing opportunities was with the late Andrew Gold (Lonely Boy, Thank You for Being a Friend). I met Andrew in 2004 when he was in town playing the headline show for Tin Pan South. We fast became friends and he said if I was ever out in LA, he’d be happy to get together and co-write. That next spring, when I headed to LA for the ASCAP Expo, I gave Andrew a call. We got together and had one of the greatest, easiest, most fun co-writing experiences I’ve had. The song we wrote, Forever From Now On, will always be one of my favorites and I feel so grateful to have met him and have shared the experience of writing a song together.

I can’t imagine what my life would be like without music and as NSAI’s motto says, ‘It All Begins with a Song.’ I truly hope you enjoy this week of incredible performances, the stories behind the songs, and the songwriters who make the magic of bringing those songs to life.

And from all of us in Music City, thank you NSAI!

A version of the blog post also appears at www.Nashville.com.